2020: Top 20 Chamonix Accolades Of The Past Decade 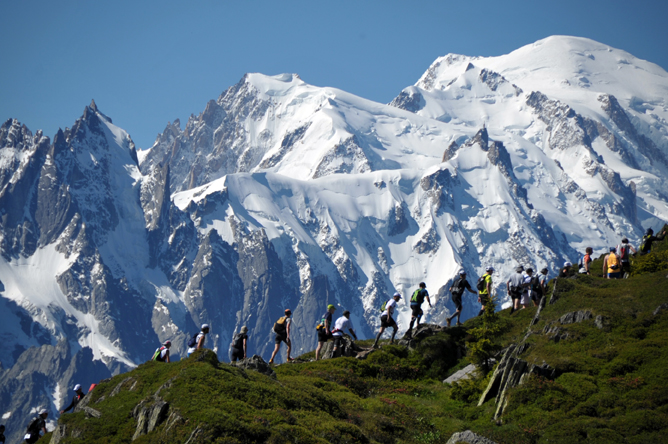 
The year 2020 has arrived and with it our guide to the top 20 awards and accolades for Chamonix Mont Blanc throughout the past 10 years. Too many for a single blog so you will find 10 here for starters, and another 10 will follow in the next blog.

An entire decade is now behind us as the “Alpine Capital of the World” once again roars into the “twenties” we look back on some of the many winning attributes we have to celebrate and share with our Collineige clients.

Chamonix skipped from third to second place in this year’s rankings; “solidifying itself as a world-class resort” and “re-emerged on the freeride wave as the capital of all-mountain skiing”.

The publication states the real draw is for bucket list challenges of advanced skiers. While very close behind (and in physical reality) the Italian ski resort of Courmayeur is referenced for its superb restaurants, and a lively nightlife, driven by the Milanese weekenders’ high standards and loose living.

Courmayeur is located on the opposite side of the Mont Blanc range to Chamonix Mont Blanc and is accessible via the “tunnel du Mont Blanc” just 11.6km long.

The article states: “The two-stage lift soars from 1,035 metres to 3,778 metres (3,396 feet to 12,395 feet). It goes over forests, glaciers, ice cliffs and predatory crevasses, offering the highest vertical ascent of any lift in the world.”

It’s the pride and joy of any Chamonix holiday, and for all Chamonix locals, that a brief and breathtaking 20-minute journey is all it takes to reach stunning high-altitude panoramas and direct access to “the wilds of the Mont Blanc massif”.

TIP: Make sure you hire our top guide, and Colleen’s husband, Jean Marie Olianti if you are considering a Mont Blanc mountaineering itinerary from the Aiguille du Midi.

Over centuries Chamonix's proximity to Mont Blanc has certainly made it one of Europe's most legendary skiing and climbing destinations. Now, Condé Naste has nominated the town of Chamonix itself with “panoramic mountain views and rows of slant-roofed buildings” as the 7th most beautiful small town in France.

“Lovely at every month of the year” according to this reputable publication, and the first ski resort to make the cut.

“This award honours Chamonix as an appreciation of its efforts so far in environmental policy”
- Mayor Eric Fournier, motivated to continue on the same environmentally friendly and forward thinking path.

The Momentum for Change prize of the COP 23 was awarded to Chamonix and CREA Mont-Blanc in 2017. The award was the result of the innovative technological and human partnership of the CLIMB project between CREA Mont-Blanc and the telecommunications company Orange.

The CLIMB project (Climate Change Impacts on Mountain Biodiversity) was created to allow for more efficient and effective monitoring of how mountain environments are responding to climate change. Climate change will be one of the most important, and urgent, subjects of the new decade we now begin.

The Trophées de la Montagne Française awarded Chamonix one of the five prizes at its inaugural event in 2014; Best Innovation in a French Ski Resort for the new 'Le Pas dans le Vide' (Step into the Void experience) that was opened at the top of the Aiguille du Midi in winter that year.


'Le Pas dans le Vide'  is a glass box, three layers thick, which can stand winds of up to 200mph and invites you to stand within its walls above a 1000m void, seen clearly beneath your feet.

The iconic name of Mont Blanc, the first Winter Olympics (1924), and its steep ski reputation all combine to make Chamonix one of the most famous and popular ski resorts in Europe…but it is also famous, and certainly popular, for the wild ‘table top dancing’ parties at Chambre Neuf!

Ridestore says: “Chambre Neuf is one of the liveliest and most popular bars in the village, situated at the top end of town near the train station”.

“Some of the area’s best live bands regularly get the crowd dancing on the tables early on, with the party atmosphere only intensifying as the evening progresses.”

“with unpredictable conditions at the beginning of the season opt for a resort with access to a variety of different ski areas.”

Chamonix itself has 11 separate ski areas covered on the Mont Blanc Unlimited lift pass, so there's almost always good skiing to be had…even if that means taking the tunnel to Courmayeur.

Naturally a second advantage to Chamonix as an early winter resort, is its status as “one of the most beautiful small towns in France”, pair that with a Collineige Chamonix chalet and service and you can’t set a snow boot wrong!

#9 Chamonix placed tenth in the 16 Top-Rated Ski Resorts in the World, Planetware 2020

In this nomination Chamonix is noted for its snow quality (longevity) and variety…From Grands Montets with expert runs and reportedly the greatest height differential in the world, to tree-lined Les Houches with the only piste in the Haute-Savoie approved for World Cup races BUT ALSO (conversely) a largely family friendly feel.

EVENT: From the 8th to the 9th of February 2020 The best skiers in the world converge to compete in the 20th edition of the Kandahar World Cup at Les Houches. There will be two Men’s World Cup events on "La Verte des Houches": a Slalom and a Parallel Giant. This legendary race has become the major event in the Chamonix Valley local pride and international calendar.

1st the worst, 2nd the best…3rd the one with the hairy chest? Snowpak propose that Chamonix isn’t your average ski area; “Its epic steep and deep terrain makes it the ultimate resort for experts who aren’t afraid to hire a guide and go off-piste.”

Snowpak are the first publication in our countdown to note what could be considered one of the only “cons” of skiing Chamonix; a disjointed ski area…

”Take one look at the piste map and you’ll see several separate, smallish webs of lifts clinging to different spots above the town. Brévent is the only sector directly accessible from the town, with a two-way cable car at mid-mountain also putting Flégère within easy reach. The steep slopes of Grands Montets are up the valley at Argentière, with gentler Balme further away still.”

Access to each ski area is an easy fix with Collineige private ski transfers available on all catered winter chalet bookings.